Betting The NHL After The All-Star Break - The Bettors Edge 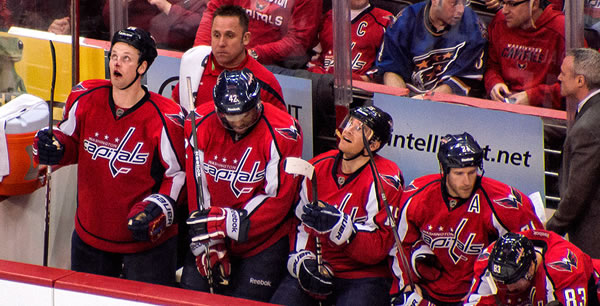 February marks the beginning of the stretch run to the NHL’s Stanley Cup Playoffs that get underway in early April. Over the next two months, the field for this season's race to the Cup will also separate the genuine contenders from the other pretenders, or at least we think so.

Betting the NHL, in general, can be a tricky proposition. The obvious favorites do not always win. This can be especially true in a best-of-seven series when a team's top sharpshooters suddenly cannot find the back of the net. Even more unpredictable is a goalie finding a playing form that can carry a team deep into the postseason.

Betting on the NHL after the All-Star break takes on a slightly different angle with so much on the line. Since most of the teams have already played more than 50 games of an extended 82-game schedule, fatigue and injury are a bit part of the game over the next two months. Betting against a road favorite playing its third or fourth game in a row away from home might make sense. Riding a hot team that is a few points out of a playoff spot could also make solid betting sense.

This is the time of the year where the little things can add up to more winning bets as long as you know where and how to look for those easy winners. At the top of that list should be the starting goalie. Certain teams will be more willing to give their backups more playing time over the final 30 games to try and build some depth for the postseason. Others simply want to cut down on the wear and tear on their starter. Always knowing who is playing between the pipes and who is sitting is a very important part of the handicapping process.

Once you get down to the final two months of the NHL regular season, there are basically three types of teams. The obvious playoff teams continue to jockey for position in their respective division race. They know that guaranteed home ice through the first two rounds of best-of-seven matchups is a clear edge to getting to the conference finals.

The second group of teams are already riding out the string. They can stun a favorite from time to time. Yet, it is safe to say that they will continue to lose many more games than they will win.

The sweet spot for bettors are the teams that need to win more games then they lose just to make it into the playoff field. Some will fail at this task, but you can usually find one or two teams in each of the four divisions that do get hot over the next two months. Many times, they can carry that momentum into the playoffs with a first and maybe even second-round upset. In the 2018/2019 season, the St. Louis Blues turned a strong second-half regular-season run into a Stanley Cup title.

Another solid way to bet the NHL after the All-Star break is through single period betting lines. You already know which teams have gotten off to fast starts by scoring the first goal of the game. You also know the sides with a strong lean toward late-game heroics with come-from-behind victories.

The best way to incorporate betting lines by individual periods into the strategy is by studying all the facts, stats, and recent betting trends related to mainly the first and third-period results. You should also make notes of each team's record in overtime for betting purposes.