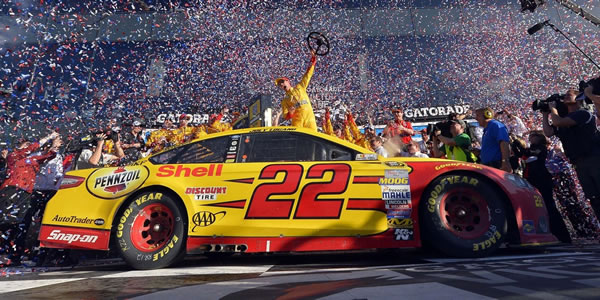 A new season of NASCAR's Cup Series racing gets underway on Sunday, Feb. 16. The annual Daytona 500 is not only the first race on the schedule; it is the biggest. All told, the racing season is made up of 36 races to the title. Yet, even sports fans with a casual interest in NASCAR will tune in for this race.

The same could probably be said about avid sports bettors with a casual interest in betting NASCAR. The regular season consists of 26 races followed by a 10-race playoff with three elimination rounds. The top four drivers then square off in the final championship race in late-November at Homestead-Miami Speedway. That is more than enough opportunity to cash in on all the action. Yet, the money bet on the Daytona 500 probably adds up to more than all the other 35 Cup Series races combined.

Ironically enough, picking the outright winner in this race can be one of the toughest bets ever. Daytona International Speedway is known for producing numerous wrecks. Last year alone, of the 40 cars that started the Daytona 500, only 14 were on the lead lap when Denny Hamlin took the checkered flag.

If you are serious about generating a positive return on your Daytona 500 betting bankroll, you need to formulate a winning strategy in your bets.

The first betting tip for this race is flexibility in where you actually bet this race. Certain online sportsbooks have developed a reputation for featuring motorsports. This is still considered a specialty sporting event. Even when it comes to a race as big as the Daytona 500, not every book is going to build out its motorsports board with varied options on how to bet this race. You may have to shop for betting options across a few of the biggest books for motor sports.

Odds to win outright can be rather common. However, you are looking for added betting options such as a Top 3 finish, prop bet options, and, most importantly, head-to-head driver odds. As mentioned, picking the outright winner is a low probability wager.

The last time Jimmie Johnson won this race was in 2013. Entering his final season racing the No. 48 Chevrolet in the Cup Series, he is sure to be a popular betting choice come Sunday. He could actually be a much better choice in a few head-to-head matchup bets. The last few seasons have been tough for this racing team, so Johnson should go off as an underdog in any of his matchups against the top drivers in the race. All he has to do is finish in a higher position in the final running order than the driver he is pitted against.

Another tip for betting the Daytona 500 is to follow the line movements throughout the week. Most of the money that comes in on this race will be later in the week after the final running order has been set. There are two races on Thursday at Daytona during Speed Week knowns as the Twin Duels. The results of these two races will set the official running order for the 2020 Daytona 500 after initial qualifying runs.

Driver Database: Research head to match ups in previous NASCAR races broken down by race event.
CHECK IT OUT