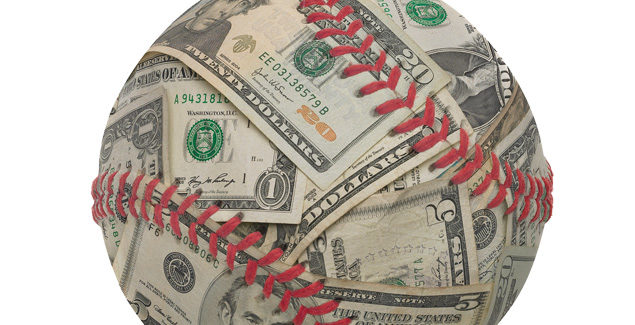 In today’s game, most starters last around six innings if they are pitching to form. They could get rocked early in the game to end their start ahead of time. A starter could also pitch deep into the game if they are having an exceptional outing. However, five-inning lines hinge on both starters lasting through the duration of the bet.

Matching the betting value in the starter to the actual money line odds for the first five innings is the best way to make the most of this betting option. You can also bet on five-inning total lines and run lines at online sportsbooks such as bet365.
The OVER or UNDER on the total will be especially impacted by the starters on the mound for each team. If there is a showdown between the aces of each team’s starting rotation, the slight edge would go towards the pitcher with the best current form in a five-inning money line bet as well as the UNDER on the total.

Handicapping each team's starter plays an even more prominent role when betting any five-inning money line, total, and run line. The pitcher with the best current form adds the most value to their team.

Other factors that impact five-inning bets are fast starts by each team's hitters. Some teams tend to score more runs early in the game than others. A team's current form at the plate is also essential to note as far as runs scored.
Even the best starters have off days when facing the best hitting teams in the league. Since baseball is the ultimate game of stats, it is easy to find data breaking down how and when each team scores the majority of their runs.
Even more important is finding this somewhat specific data for a team's previous five or ten games. Over the course of a 162-game schedule, even the best teams go through dry spells at the plate. Tracking their scoring trends for their previous few games can shed some light on an expected performance their next time out.

A five-inning betting line can also be used to double down on any full-game bets that are already placed when your confidence level is already high. You could also use a five-inning line as a hedge against a full-game bet.
There are a few things to keep in mind about MLB five-inning lines. The spread on the run line is only half a run as opposed to the full 1.5-run spread.

The five-inning total line is normally half of the full game total. Yet, you can always find slight exceptions either way.
Also, a five-inning money line can end as a PUSH if the two teams are tied.