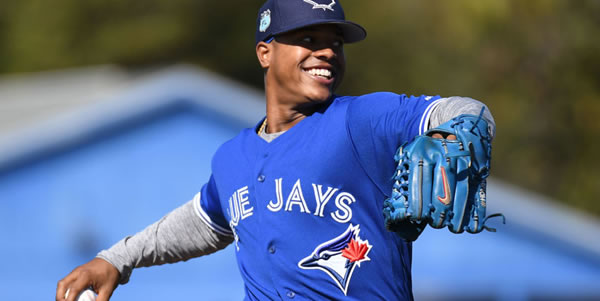 The start of a new MLB season is right around the corner with all 30 teams looking for a successful run that will carry them into the playoffs. Unfortunately, only six teams from the American League and six from the National League will achieve that goal. BetOnline has recently updated its prop bet odds for each team’s chances to earn one of those 12 spots and my job is to find the best value in the numbers.

Betting on the top teams to make it into the postseason offers far too much risk with little reward, so I am going to quickly bypass the defending MLB Champion Chicago Cubs at -1200 to get the chance to successfully defend their 2016 World Series title. The team with the best odds to make the playoffs in the AL would be the Cleveland Indians at -650 after letting a commanding 3-1 series lead in last year’s World Series slip away. This is another team that carries far too much risk verse little reward.

One of the top legitimate contenders to earn a spot in the 2017 MLB postseason that does have some solid value in their odds would be the Toronto Blue Jays at +120. Boston is a -135 favorite to win the AL East this season and its betting odds to make the playoffs have been set at -350, but I still think the Blue Jays can keep things interesting in that division title race all season long. They made the playoffs as a wild card team last season at 89-73, which was just four games in back of the Red Sox in the final standings. Toronto also made the playoffs the season before behind an overall record of 93-69, which was good enough to lay claim to the AL East title.

The outlook for Toronto is 2017 looks fairly bright with a -130 moneyline that it will go OVER its projected win total of 85.5 games. If that is the case, then at the very least the Blue Jays should pay off as one of two wild card teams. They are still one of the most potent scoring teams in the AL and Aaron Sanchez leads a pitching staff that was ranked first in the AL last season with a 3.78 team ERA.

My top contender in the NL with the most value in its odds to make the playoffs would be the St. Louis Cardinals at +165 odds. Some of the value in this number is lost because they play in the NL Central with the Cubs, but anytime you can get positive money on a team that has been a perennial contender for nearly two decades you have to jump on those odds.

The Cardinals missed the playoffs last season by just one game with a record of 86-76 and going back to the 2008 season they have won at least 86 games each and every year. The New York Mets and San Francisco Giants edged them out last year and it looks like this trio is once again going to battle it out for the top two wild card spots in the NL this season. The Cardinals are going to have to do a better overall job on the mound, but they still have the power at the plate to get the job done.

The playoff prop bet odds for a few other high-value teams starts with the Baltimore Orioles at +300. They were right in the mix last season in the AL East as the other wild card team in that league and there is no reason to believe that they will not make another run this year. The Orioles’ moneyline odds of -120 favors them going OVER their projected win total of 80.5 games. One other NL team I would add to the list would be the Pittsburgh Pirates at +200. They were 8.5 games back in the wild card race last season at 78-83, so if they can find a way to go OVER their projected win total of 82.5 games they would be right back in the mix.