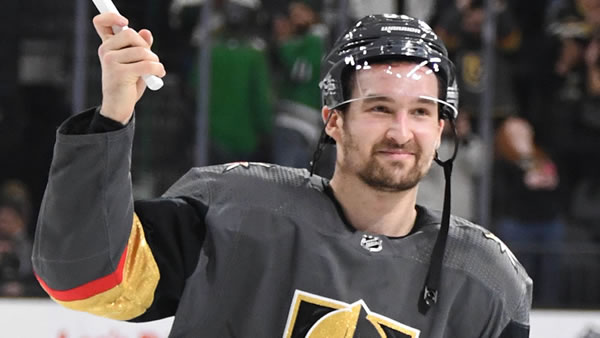 The quest for this year's NHL Stanley Cup is underway, with action heating up with each passing round of best-of-seven series matchups. As a supplement to the money line, total, and puck line for each game, online books such as Bovada will release a complete set of prop bet options for each day's slate of games.
NHL playoff props cover betting options for scoring, team performances, and individual performances. Given that the same two teams face off against one another in a best-of-seven format, the familiarity between the two sides leads to a higher level of predictability.

By focusing in on the recent past, you can get a much better feel for what might happen in any upcoming games. For example, if one team has scored the opening goal in each of the first three games of a series, this would add value to betting the prop that has the same team scoring first again in Game 4.

One of the most basic scoring props for each game covers the actual margin of victory. This prop could have multiple choices covering each team with money line odds tied to each betting option.
This is where the recent scoring history between the two teams becomes highly relevant, going back to any head-to-head matchups in the regular season. Some teams play one another extremely close, resulting in a number of one-goal wins. If you notice a set pattern in the recent results, this would add some betting value to this prop.

Other examples of scoring props cover the first team to score, the OVER/UNDER on the time of the first score, as well as total goals by period.

Actual team props can differ from one online book to the next. Some of the common betting options include a total line by individual team. If a particular team has been scoring goals at a high rate during the postseason, this would naturally add value to the OVER in this prop.

If one team rode a hot goalie to a series win, the UNDER could be the way to bet in Game 1 of its next playoff matchup.
Another popular team prop covers the odd and even aspect of each sides total goals scored. You can also bet on each team's exact number of goals scored. These two props rely on more guesswork than betting strategy, but a team's recent scoring results can still offer some insight into where the best betting value lies.

Another interesting team prop covers which team will win the most periods. This prop gets a bit tricky to predict with ties coming into play. If you believe one group is due for a blowout in the next matchup, you could double down on a money line bet in their favor by also betting that team to win at least two of three periods.

Betting on an individual player's performance in the upcoming game is a great way to add even more excitement to the action on the ice. These options can range from the OVER/UNDER on goals plus assists for a team's top-scoring center or forward to the OVER/UNDER on total saves made by the goalie.

More and more online sportsbooks are offering a “prop builder tool” where you can set the actual parameters for the player props you are interested in wagering on.