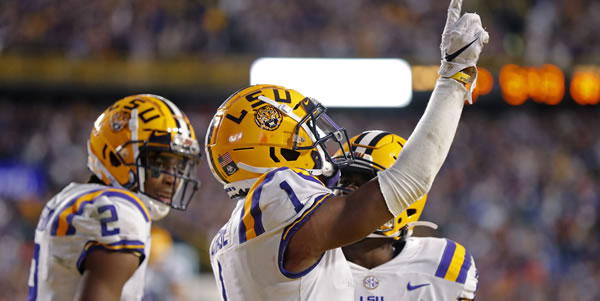 As the perfect lead into an extended college bowl season starting in mid-December, the first weekend of the month is reserved for all the Division IA (FBS) conference championship games. From the ACC right through the Sun Belt, the outcome of these ten showdowns will have a dramatic impact on the significant bowl matchups as well as the four-team playoff for a national championship.

Betting these games offers some solid value across the board. Predicting the outcome in the five Mid-Major title games carries a higher degree of difficulty since there tends to be a higher level of parity between the top teams in each conference. When it comes to betting the title games in the five majors, one team tends to have a clear edge over the other.

The Clemson Tigers have been the class of the ACC for the past several seasons with multiple Atlantic Division titles on their way to playoff berths and national titles. The ACC team coming out of the Coastal Division standings is usually a heavy double-digit underdog. Betting Clemson has a heavy favorite makes sense, given the wide disparity of talent between the two teams no matter who the Tigers face.

You could basically put the Big Ten in the same category with Ohio State. This is a more competitive conference overall than the ACC, but the Buckeyes have consistently won the East Division title only to go on to beat the top Big Ten team from the West. Just like Clemson, Ohio State usually is in contention for a national championship, and stumbling in the conference title game is highly unlikely. The Buckeyes are also generally set as heavy favorites, and in recent seasons they normally cover.

Moving on to the Big 12, the Oklahoma Sooners have been the class of this conference in recent years. This is the only D-IA conference that is not split into two divisions with just ten teams. However, in past years, there has been a championship matchup between the top two teams in the overall standings. This means that the two will have already faced one another in the regular season. Beating the same team twice in the same season can sometimes be challenging to do unless there is a wide gap in talent. The results of the first meeting can offer some helpful insight into the possible outcome in the rematch.

For the most part, the Pac-12 has been out of the national spotlight in recent seasons when it comes to the College Football Playoff Championship. Yet, the competition at the top of the standings in each division (North and South) has been tight. This helps to create one of the closest matchups in the majors when the conference title game rolls around. If one of the two teams is still in contention for the four-team national playoff field, that could act as a massive edge in this game. The winner of the Pac-12 also earns a spot in the Rose Bowl as an added plus.

The SEC is often considered the top power conference in college football. Teams such as the Alabama Crimson Tide, Georgia Bulldogs, LSU Tigers, and Auburn Tigers are normally Top 25 (if not Top 10) teams. The Crimson Tide are perennial national title contenders, and Georgia has been able to establish its program as one of the best in the nation on a consistent basis.

The West is the toughest division with Alabama, LSU, and Auburn. One of those three teams will most likely be favored over the Bulldogs or possibly the Florida Gators coming out of the East. Once again, playoff contention and a national title weigh heavily in this conference championship game. The usual lean should be towards the favorite.

Get free college football picks against the spread each week from our handicapping team. Top rated ATS plays from some of the best handicappers in the nation!

Handicapping tips to use to keep your action on the NCAA gridiron out of the red. Improve your wagering return on investment this season!