5 Tips for Filling Out a Winning NCAA Tournament Bracket 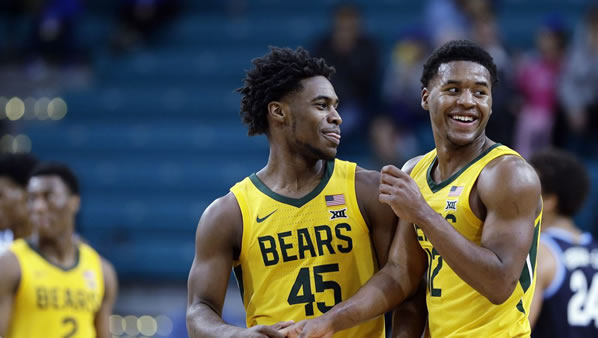 March Madness is back with this year's NCAA Tournament to crown this season's national champion in men's college basketball. Also, back is a chance to win some cash in any number of NCAA Tournament bracket contests run by online sportsbooks such as BetOnline. While filling out a perfect tournament bracket remains a pipe dream, here are five tips that can improve the total number of points you earn through your correct picks.

There are 68 teams in this year's NCAA Tournament, with four play-in games set for Thursday, March 18. Each of the four regions (East, Midwest, South, and West) will have 16 teams heading into the first round of play on Friday, March 19, and Saturday, March 20. All you need to do is come up with your top four teams from each region. Sticking with No. 1 and No. 2 seeds for half that group makes the most sense. Finding the next two best teams in any one region gets a bit trickier. Upsets are always a big part of every NCAA Tournament, but you cannot force them. Focus your energy on finding the four best teams in each region to form your Sweet 16.

Georgetown went on an impressive run to win the Big East Tournament. The AAC’s Houston Cougars have won their last seven games in a row. Georgia Tech ran the table in the ACC Tournament as part of its current eight-game winning streak. These are the kind of teams that could make a deeper-than-expected run in this tournament. Check their first and second-round matchups to see just how long this current winning streak may last.

The WCC's Gonzaga Bulldogs are the top seed in this year's NCAA Tournament for a good reason. First, they are 26-0. Next, they are ranked No. 1 in both major national polls as well as the College Basketball Power Index (BPI). BetOnline has opened Gonzaga as a +180 favorite to win this year’s national title. Next on that list is Illinois (+550) and Baylor (+600). Michigan at +700 odds and Houston at +1800 round out the top five betting teams. The next four teams on the BPI rankings are Baylor, Houston, Illinois, and Iowa. By combining both of these lists, you can get a good idea of which 16 teams should advance through the first two rounds.

Hot teams usually have one or two players that have been playing exceptionally well at the right time of the year. Find a list of the Most Valuable Player awards for each conference champion, and they check their supporting cast. Teams such as Iowa with Luca Garza and Oklahoma State with Cade Cunningham should also be taken into consideration. Players of this caliber have the ability to carry a team on their back for a long tournament run.

Some of the teams in this year's NCAA Tournament are making a rare trip to the Big Dance. Other teams are tournament regulars. Michigan State did not have the best season in the world, but its postseason experience under coaching great Tom Izzo is still an added edge. North Carolina is No. 25 in the BPI rankings with long +6600 odds to win it all. Yet, this remains a dangerous team given its last success in this tournament.

Get all of our expert NCAA basketball picks from top rated handicappers daily throughout the season and best of all they're free!

Evey edge counts when trying to beat your bookie. Our staff provides advice on betting on totals and and gives ouit an angle on wagering on non-conference games.