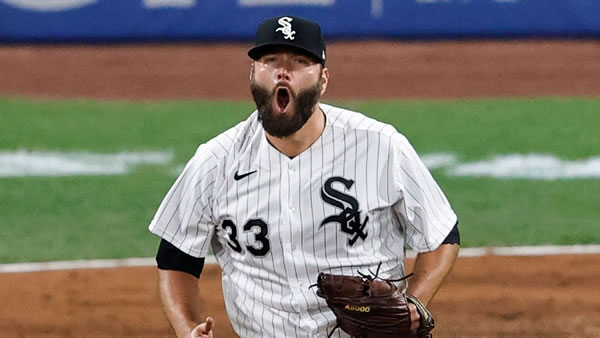 Early July marks the midway point of an extended 162-game MLB regular-season schedule when it comes to total games played. The annual All-Star Game a bit later in July is the official break between the first and second half.
As all 30 MLB teams cross over the 81-game mark, you can move them to one of three categories.

The six division leaders and any other team within a few games of the lead are the true contenders to win a World Series title.
The next group of teams are still in the playoff race, but they need to pick up the pace in the second half.

Teams already well out of the division title race are simply riding out the string while looking towards next year.

You could also group every MLB team into three separate betting groups heading into the second half. The contenders offer value on a regular basis considering that they have won far more games than they have lost.
The group needing some second-half help are the toughest teams to bet on, given their lack of consistency during their first 81 games.

The bottom group of teams are excellent candidates for betting against a team given their unbalanced win vs. loss record.
By the time any team posts 81 games, distinct patterns begin to emerge. In a sport driven by stats, you can easily uncover patterns within that win/loss record. The easiest is a team’s record at home and its record on the road.
Another important distinction is a team’s record in the first game of a new series. You can also rate a team by how it has played in the final game. Getting a good feel for total series won or lost can come in handy when betting series price odds.

An MLB team's existing record can be broken down in any number of ways as an indicator of what might happen in its upcoming games.
There is also a strong record of head-to-head play within division matchups. Some teams simply have another team’s number during the course of a single season.
Recent betting trends take on an added importance during the second half. They are still just a guide towards predicting future outcomes, but they can also paint a pretty clear picture of what to expect.
Hot and cold streaks this time of year can also offer solid insight on how to bet on an upcoming game. If one team has won eight of its last ten games and it is facing a team that only has one or two wins in that same span, bet the hot team even if the money line odds come with a higher risk.

Betting MLB games in the second half of the regular season offer far more predictability than other major professional betting sports. Once you get into the dog days of summer, you can easily find the teams that are still playing hard every day and the ones starting to phone it in.

Starting pitchers become much easier to read. You already know how many innings they may last in a given start. Teams with weak bullpens have already been exposed through previous late-inning collapses.
The only curveball is the MLB trade deadline at the end of July. You need to take this into consideration if a team made any significant moves by either adding some key pieces for playoff run or unloaded some of its better players because of a high salary.